Many will remember the Columbo TV detective series in the 70s. He was often called in to investigate high profile murders involving the rich and famous. Looking somewhat disheveled in his trademark trench coat, and chomping on a cigar, suspects usually thought they would get away with their crime. Then after he walked away, he would turn around and say  “Oh just one more thing …” or ” “Just one other question …” 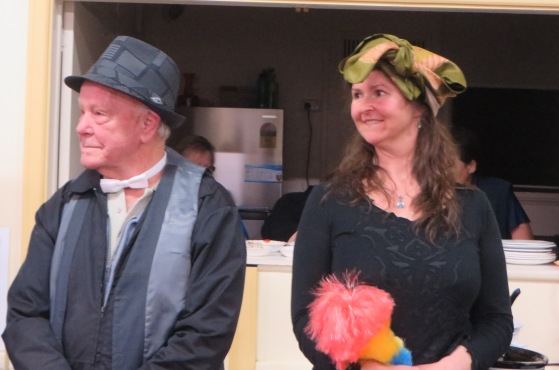 In Capel last Saturday night, guests were entertained over dinner with a murder investigation. There were a number of suspects all with a motive, making it tricky to work out. But with Columbo on the job (Peter Davis) and his offsider DI Jones (Jackie Cavill) and supporting cast all was revealed. A clever script written by Monica Neville, kept everyone guessing while being entertained. 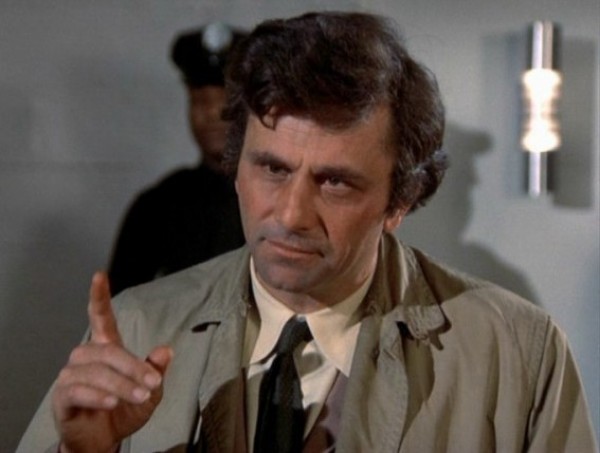 Above: Peter Falk, the real Columbo 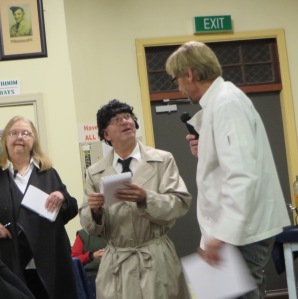 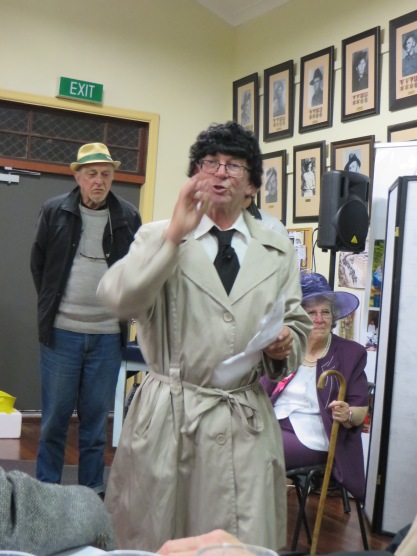 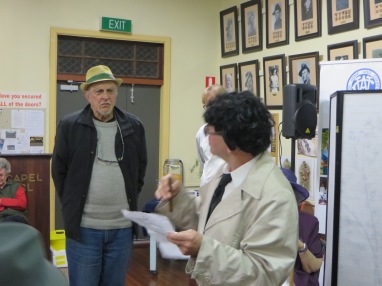 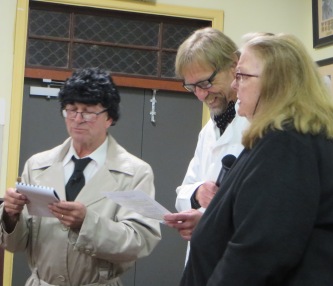 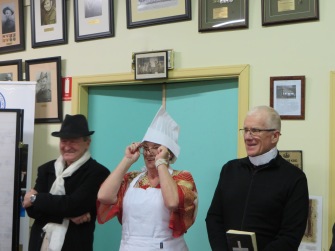 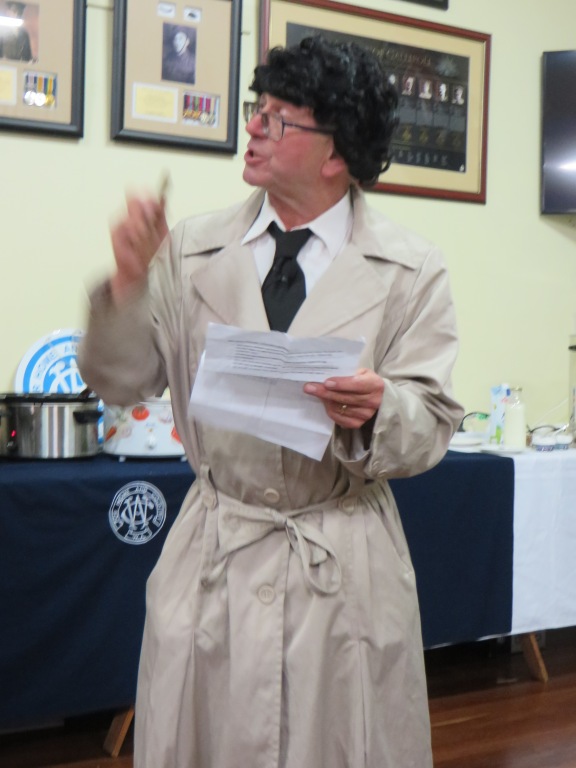 Another event in Capel to watch out for is Retro Blast on October 21st – a blast from the past. See details at:  www.capelshout.com.au