While Prague is a beautiful city, there is so much more to see in the Czech Republic which I will talk about in my next post. And what better way to see a country than to cycle  … more about that later but now about Prague …

The Czech Republic is up there in the top ten safest countries in the world, along with Canada, Switzerland, Portugal and New Zealand. It’s relatively inexpensive so you can enjoy the wonderful history, culture and scenery without blowing the budget. Czech people are very friendly, love their food and beer. They are proudly, the biggest beer drinkers in the world even more than their German neighbours. They are not religious. After all the wars and their long found independence, the majority of people no longer bother with formal religion. 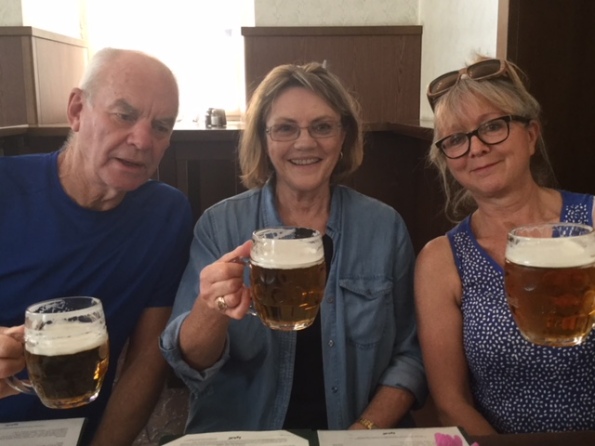 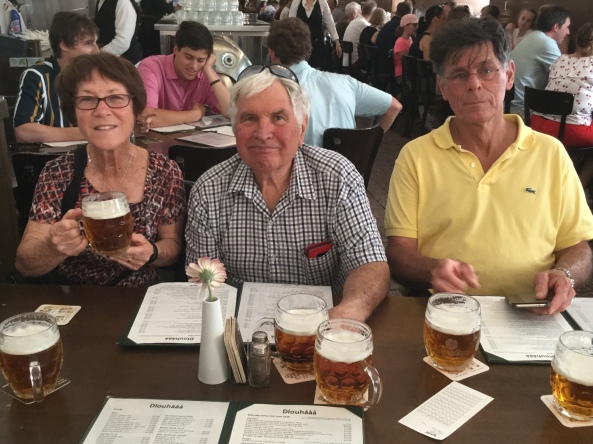 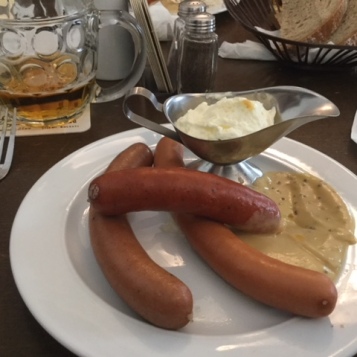 I highly recommend the Free Walking Tour in Prague. Armed with a great sense of humour, the guides who run these tours are extremely nowledgeable about history dating back to the 12th Century. They have degrees in history (among other disciplines) and speak several languages. As well as showing you around the beautiful city they give you great tips and useful information such as the best places to change money, taxi services recommended, great restaurants and tourist traps to avoid.

A great place for lunch, recommended by our guide was an eating place called Lokal, situated in central Prague in Dlouha Street..…   Street. It is a large restaurant, buzzing with people enjoying locally made pints of beers, classic Czech dishes, including the freshest, tastiest sausages.  Very reasonably priced and the sort of place you can have lunch and graze for a while or just call in, catch up with friends and have a couple of beers. (Pictures above taken in Lokal)

7 top Things to do in Prague 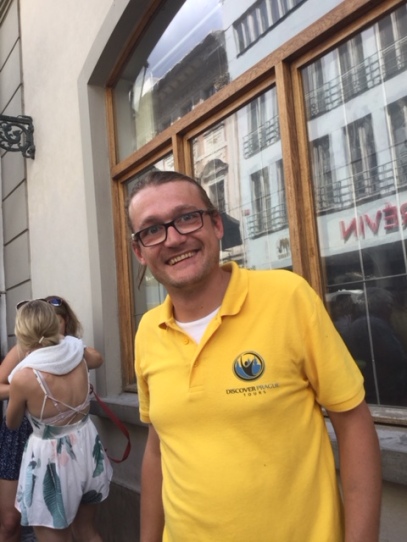 Old Town Square – walk along the cobblestone streets, admire the architecture, feel the vibe, enjoy the festive atmosphere the street performers and the street food – delicious. Soak up the history

Prague Castle is a world heritage site with huge palaces and buildings from the  Romanesque style  from the 10th Century to Gothic modifications of the 14th Century.

Charles Bridge is a Landmark stone bridge linking Prague’s Old & New Towns, with many street artists & entertainers. The construction of the historic bridge crossing the Vltava river in Prague, started in 1357 under King Charles IV, and was completed early in the 15th century. 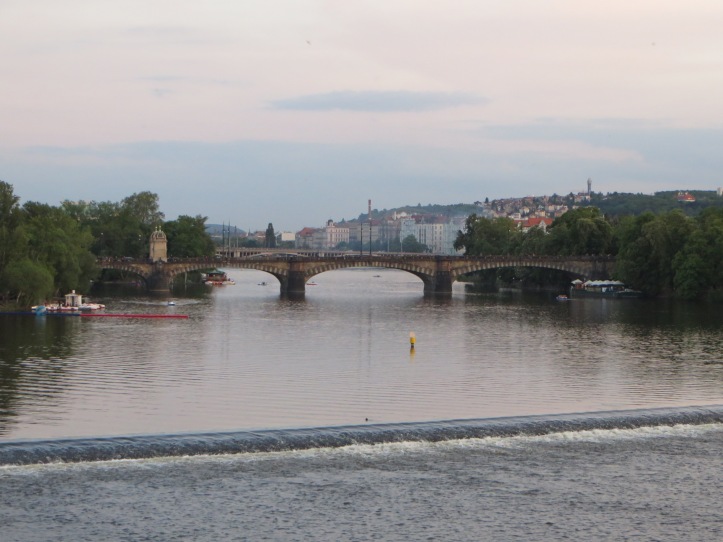 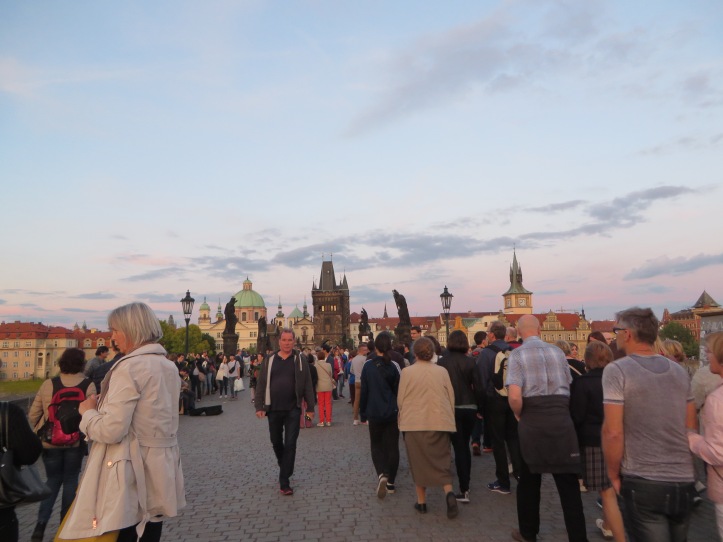 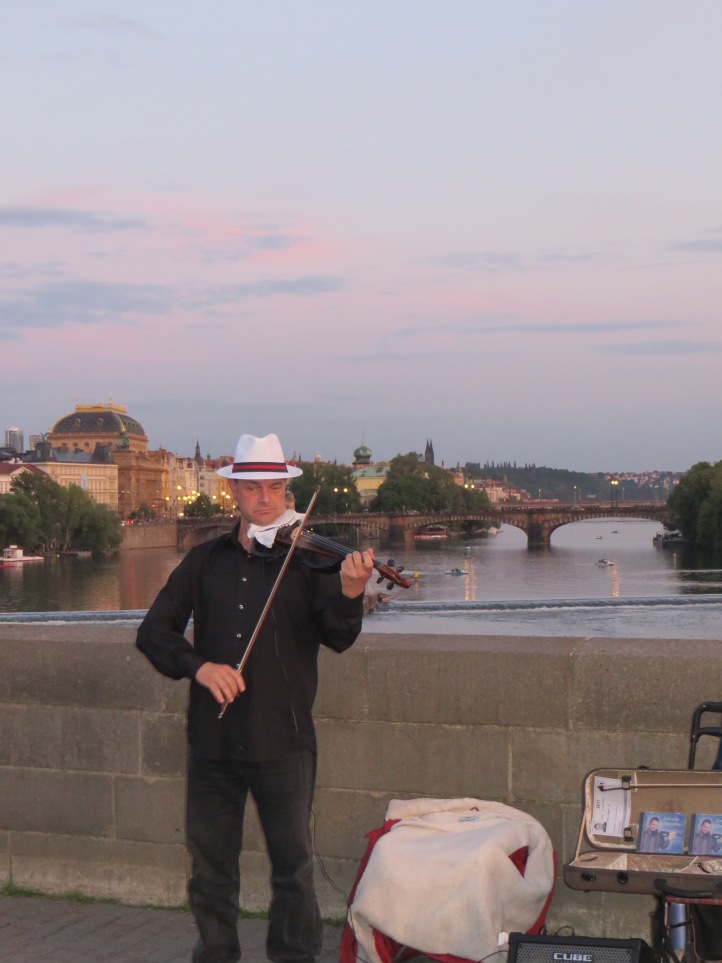 The Astronomical Clock one of the oldest and most elaborate clocks you will see It shows the movement of the sun and the moon as well as the time and every hour on the hour it comes to life with a parade of twelve wood carved apostles. It is currently under repair and hopefully will be back in its full glory soon.

Explore the Jewish Quarter including the historical synagogues and Jewish Museum

Lennon Wall  After his murder in 1980, John Lennon became a pacifist hero for many young Czechs and an image of Lennon was painted on the wall. After repeated whitewashing of the wall over the years, authorities have given up and the wall remains with images and political messages

There are also many day trips from Prague to be enjoyed such as Cesky Krumlov  –  a  13th century town, 190 kilometers from Prague and just a coach tour  away.

We were fascinated by a visit to the Bone Church (Sedlec Ossuary) in Kutná Hora, east of Prague. Located just beneath the Gothic Cemetery Church of All Saints is the famous  Roman Catholic chapel adorned with human skeletons. The Ossuary is estimated to contain the skeletons of between 40,000 and 70,000 people, whose bones have been artistically arranged to form decorations and furnishings for the Chapel!

My next post, I anticipate to be about our awesome Cycling tour from Prague to Vienna with Europe Bike Tours (info@e-b-t.eu) … watch this space.